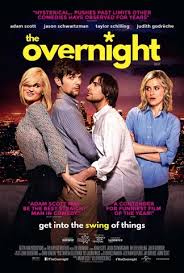 A few days ago, the New York Times reported on the explosion of new ideas and approaches in sex therapy and revolutionary thinking in the psychotherapy field about how to work with couples around issues of monogamy and sex.  The article, “First Comes Sex Talk With These Renegades of Sex Therapy” by Amy Sohn points out that the fields of couples therapy and sex therapy developed independently, and that the pioneers of sex therapy, William Masters and Virginia Johnson, were not trained mental health professionals.  Couples therapy and sex therapy are colliding and blending to hopefully offer more thoughtful, productive care.  The tide is clearly turning in terms of who marries, what it means to be a couple, and how couples approach monogamy.

Therapists, too, must evolve and expand their thinking and clinical approaches. Dr. Tammy Nelson, couples therapist and author of “The New Monogamy; Redefining Your Relationship After Infidelity”  is quoted explaining:

“[Traditional] couples therapy is very feminized.  It’s all about teaching men to be more like women.  He should pay attention to her feelings, and if she’s upset, there’s something wrong.  We ask him to engage with her like she’s his best friend, and then we wonder why she doesn’t want to have sex with him.”

If you question the provocative sentiments explored in Sohn’s article, look no further than the outrageous and bizarre newly released film, The Overnight.  Writer and Director Patrick Brice’s 79 minute film  is pushing boundaries on the very same ideas about fidelity, sexuality, marriage and intimacy.   This nonjudgemental independent film opens with what might be the least sensual sex scene ever to take place on film.  Viewers can’t help but be relieved when a small child bursts into the room and interrupts the parents.  The plot then follows Emily (Taylor Schilling) and Alex (Adam Scott), who have just relocated from Seattle, through twenty four hours in their new hometown, Los Angeles.  A random meeting with the quintessential LA local Kurt (Jason Schwartzman) in the local playground leads to an unexpected dinner invitation and a chance to acclimate to their new town and make some new friends.  The unexpected and provocative evening that unfolds mirrors the same thinking reported by Sohn.

What works best in the film are the many intimate moments between Emily and Alex where their complex but powerful bond feels exceedingly believable and endearing.

Opinions about the film will certainly vary as it pushes many envelopes about sexuality, fidelity and commitment.  Many will find the film offensive on various levels.  (Personally, I felt most offended when one of the characters — a parent — decided to drive while heavily intoxicated.)   That said, the dialogue is superb and hilarious and the actors are entirely convincing despite their unlikely personality quirks and the unexpected experiences that unfold.   Interestingly, the concept of couples therapy plays a surprising role in the films’ trajectory.

A University of Rochester 2013 study demonstrates that when couples watch films about marriage and discuss them afterward, it helps their relationships.  Regardless of whether you enjoy The Overnight, watching it with your significant other is bound to spark an interesting conversation.