Meet Me in Montenegro

Meet Me in Montenegro 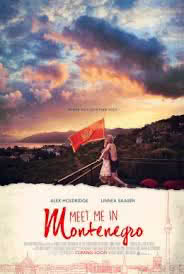 Breakups are rough.  Some rougher than others.  And when the breakup happens suddenly, with no warning, the sting of what therapists often call a “cut-off” can feel as unsettling as the loss of the relationship.  Cut-offs refer to important relationships that stalemate when one person refuses contact with another.  In dating, the current popular term for this strategy is “ghosting” which is getting a lot of attention since Charlize Theron ghosted Sean Penn.

Meet Me in Montenegro, Alex Holdridge and Linnea Saasen’s quirky 2014 romance, focuses on the trajectory of a jilted filmmaker who is ghosted by a dancer following a storybook seventeen day romance.   Anderson cannot stop looking back, fantasizing about the mysterious and provocative Lina and wondering what went wrong.   The lovesick and neurotic  Anderson struggles with the hallmark problem caused by ghosting – an utter lack of closure.

The directing duo star as the film’s protagonists in this artistic exploration (set in Berlin!) that pokes fun at the question of whether modern times and internet technology have destroyed romance altogether.  Phone numbers scribbled on scraps of paper and drawings in diaries work as ironic vehicles to play with the idea of how to recapture a romantic era.  It is arguably annoying how predictably the star crossed lover’s paths converge and diverge and converge once again; however, the film’s willingness to play with questions about ghosting, finding professional meaning, balancing work and love, and balancing separateness and togetherness make for an offbeat, worthwhile ninety minutes.

From a psychological perspective, the film’s message that someone who cuts off may have a good reason to do so is less than appealing.  Usually, when a romantic partner suddenly pulls the plug, they are giving you important information about why they are not suitable dating material.  When discussing ghosting in therapy, it is interesting how often someone who has been devastated by a sudden cut-off has in fact done the same thing to others.  Cut-offs tend to run in families and technology is making it easier and easier to swipe onward and disappear.   While the film can feed a dangerous fantasy that it is worthwhile to continue pursuing someone who has become a ghost, the film’s independent approach to commitment, relationships and artistry redeem is flawed messaging in the ghosting department.

Share on FacebookShare on TwitterShare on Linkedin
Posted in Breakup, Dating, Films