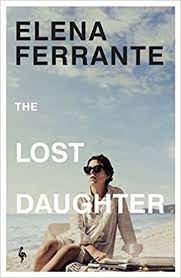 Years ago, I worked with a therapy client who reached out when she learned that her twenty-three-year-old daughter was addicted to opioids. Remembering early days of motherhood, my client sobbed recalling her struggles to balance a demanding career as an academic with her daughter’s pleas for attention and affection. Her daughter’s needs were obviously understandable. Nevertheless, life as a young working mother felt incredibly overwhelming and clashed with her understanding how women are socialized to envision motherhood.

“I would give anything to return her hugs now. And to play with her with abandon on our messy apartment floor. At the time I felt suffocated. I resented how much she needed, and I have so few memories of letting go and enjoying it.”

Streaming The Lost Daughter on Netflix yesterday, I naturally remembered this client. During our work together, she was able to drop everything and help her daughter become clean. But as a very young mother, her daughter’s pleas that she drop anything felt torturous.

In her directorial debut, Maggie Gyllenhaal adapts Elena Ferrente’s novel exploring the complex emotional experience of motherhood with depth and honesty. Olivia Coleman plays the protagonist, Leda, who has rented a Greek seaside apartment for an extended visit. Viewers quickly discover that Leda is awkward, elegant, distant and strange. She becomes transfixed with a young, glamorous, bikini-clad mother, Nina (Dakota Johnson), and her young daughter who are close to her beach chair. Leda longingly eyes Nina frolicking in the sand, while Nina’s daughter clings to her mother’s taught body like an oversized choker. Late one afternoon, Nina’s daughter is lost on the beach, Leda finds her, and the two begin an odd and captivating acquaintance.

Nina’s manner with her daughter stirs Leda’s memories of young motherhood, and the film then begins to toggle between young Leda (Jessie Buckley) in her early twenties as a mom and present-day Leda (Coleman) in her mid-forties. Gyllenhaal does not look for tidy solutions or conclusive explanations. This is a messy film that asks deep questions about motherhood, freedom, sexuality and vitality. I found myself curious to know more about Leda’s own mother and her childhood experience. But the film works best in the contrast between what taboos it is willing to unpack and what it fails to explain.