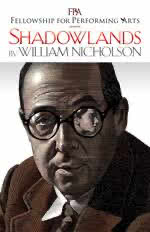 Love and connection drive the human experience. But balancing separateness and togetherness can feel much more challenging than we are socialized to expect. This balancing act – threading the needle between existing as a separate self while developing intimacy with another — is a frequent conversation topic in therapy.

When falling in love generates anxiety, people can feel confused, alone and even defective. Most romances depicted in popular culture make it look easy. Even the term — “falling in love” – implies a degree of passivity: if you meet the right person, the rest of the love story will feel like a “happily ever after” experience that takes care of itself. But love stories are often much more awkward and uncomfortable than popular culture leads us to imagine.

As a therapist, I always appreciate it when I stumble across an unconventional love story that makes room for the reality that intimacy can feel extremely uncomfortable, especially for those who may crave a connection but who have more experience with isolation.

William Nicholson’s play “Shadowlands” was originally staged on Broadway in 1990 starring Nigel Hawthorne and Jane Alexander and was then produced as a memorable film starring Anthony Hopkins and Debra Winger. The play is most recently directed by Christa Scott-Reed in an off-Broadway revival at the Acorn Theater in New York City, running through January 7, 2018. Scott-Reed’s understated production demonstrates a believable unfolding of the unexpected and famed love story between C.S. Lewis and Joy Davidman.

C.S. Lewis, an elite intellectual and celebrated author for his magical books about the enchanted land of Narnia, possesses a much less animated personality than his stories. Lewis continues a correspondence with the poet Joy Davidman whose young son shares her passion for the Narnia series. Davidman is an abrasive New Yorker who obviously clashes with the etiquette and contained conventions of Lewis’ world. When Joy visits Lewis during her European vacation with her son, a quiet chemistry exists beneath the layers of a polite but energized friendship. Both characters demonstrate reservations and reticence. Their tentative body language and stiffness slows the progression of their romance. Both seem eager to replicate the ease of their correspondence with a human connection. But they seem noticeably more awkward in person than they felt during the openness and abandon of their comfortable ongoing correspondence.

In perhaps the most memorable scene of the play, they struggle to converse with intimacy, and admit that they feel extremely awkward and uncomfortable. In an attempt to buffer their distress, they decide to turn their backs from one another and speak as if they are corresponding through the mail.

In today’s culture, screens stand between romantic unions and relating in person can feel like much more challenging than texting and swiping. Shadowlands explores an important and under-acknowledged dimension of human relationships. The desire to feel a human connection drives behavior, but it can be much more work than popular culture teaches us to expect. Through the quiet and contained telling of this real life love story, a simple play captures an important and underexplored element of the human experience.

If a road-trip to New York city to check out the play is not realistic, the film is a compelling and worthwhile substitute exploring this true to life and memorable love story.