The Art of Fielding

The Art of Fielding 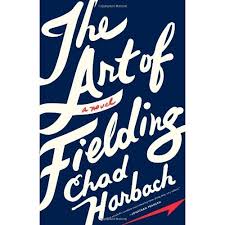 The pursuit of meaningful work is a common topic in therapy.  Especially in a town like Washington, DC, where the question “What do you do?” is an unfortunately mandatory opener in most social settings.  The answer to this question can provoke anxiety and self-doubt, especially among those who are facing a professional fork in the road.

Many people initiate therapy when something has changed at the office.  Perhaps a new supervisor is making dramatic changes.   Even if the changes are positive, they may increase workplace stress.  Maybe rumors of budget cuts are provoking sleepless nights.  Sometimes the emotional high of graduation is followed by disappointment and difficulty finding work.  Or maybe a job that once felt challenging has run its course, but the idea of making a change is unnerving.  When such challenges lead to therapy, the desire to find fulfilling work is often discovered at the root of workplace anxiety.

Reading relevant literature while in therapy can accelerate the process of clinical change and improve outcomes.  And for clients struggling to a find professional direction, Chad Harbach’s “The Art of Fielding: A Novel” can work as impactful and engaging bibliotherapy.  The novel celebrates baseball as a metaphor for language and life, and follows the trajectories of an endearing circle of friends through their years at the fictional Westish College.  Love, literature, romance and bromance are aptly explored; but the quest for satisfying work is perhaps the book’s most important theme.

The plot centers around the awkward and bumbling Henry Skrimshander who, in spite of himself, possesses and uncanny ability to play shortstop:

Bold nowhere else in his life, Henry was bold in this: no matter what the coach said, or what his eyebrows expressed, he would jog out to shortstop, pop his fist… and wait.  If the coach shouted at him to go to second base, or right field, or home to his mommy, he would keep standing there, blinking and dumb, popping his fist.  Finally, someone would hit him a grounder, and he would show what he could do.  What he could do was field.  He’d spent his life studying the way the ball came off the bat, the angles and the spin, so that he knew in advance whether he should break right or left, whether the ball that came at him would bound up high or skid low to the dirt.  He caught the ball cleanly, always, and made, always, a perfect throw.  Sometimes the coach would insist on putting him at second base anyway, or would leave him on the bench; he was scrawny and pathetic-looking.  But after some number of practices and games — two or twelve or twenty, depending on the stubbornness of the coach — he would wind up where he belonged, as shortstop, and his black mood would lift…  College coaches were like girls: their eyes went straight to the biggest, bulkiest guys, regardless of what those guys were really worth.

As Henry’s athletic genius spearheads his team beyond their wildest expectations, readers are welcomed into a memorable clique of colorful characters, complex relationships and unexpected outcomes.  Henry’s success is complicated for his friends who cannot help but feel threatened by the prosperous career that seems to be his for the taking.  When he suffers a sudden setback, Henry’s search for direction mirrors those of several characters.  What if your professional dreams disappear, and you need to change course?  What if, despite academic prowess, menial labor feels more concrete and more satisfying?  The art of baseball acts as a metaphor for the celebration of language and the art of writing.  The allusions to writer’s block are so powerful, it is worth considering the title without its colon.  Harbach is writing as much about the art of fielding a novel, as he is about the magnificent art of fielding a baseball.  Moby Dick is heavily referenced throughout the book, as this arduous coming-of-age journey unfolds.

Henry’s roommate, Owen (the one central character who never acts as narrator), possesses an exceptionally high level of emotional maturity and is therefore less believable as a character.  Nevertheless, the captivating prose and animated relationships are as absorbing as they are memorable.  Upon graduation, readers may find it tough to say goodbye.

Reviews of Harbach’s 2011 debut novel were mostly positive; however, B.R. Myers’ review in The Atlantic was downright scathing.  Regardless, for those who are contemplating their professional path, “The Art of Fielding” is a worthwhile and riveting read.

Share on FacebookShare on TwitterShare on Linkedin
Posted in Books, Coming of Age, Fathers, Work & Career