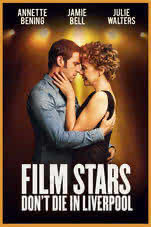 Emotional maturity is a critical concept that underpins all couples therapy. If there is one consistent goal I have for therapy clients seeking couples therapy, it is to develop greater emotional maturity through engaging in the therapy process. The psychological school of Systems Theory places emotional maturity at the centerpiece of its conceptual framework. This means that the central psychological task of adulthood is to become increasingly emotionally mature by developing and mastering the ability to balance separateness and togetherness. In other words, the more emotionally mature we are, the more easily we can balance the ability to be intimate with others while remaining a truly separate and grounded individual self.

Couples tend to connect and fall in love with someone who is at a compatible level of emotionally maturity. Ideally, then, through the arc of an adult life, they grow and mature together. If emotional maturity level is a conscious and unconscious bonding mechanism, it makes perfect sense that many romantic relationships with significant age differences work quite well. In fact, one perspective about relationships like this that fail is that the younger person keeps maturing and eventually outgrows their older partner who may be developmentally stuck at a level far beneath their numerical age.

Film Stars Don’t Die in Liverpool is both a star-struck love story and a compelling essay in emotional maturity. Based on actor Peter Turner’s memoir about his legendary love affair with Academy Award winning actress Gloria Grahame, the film tells two stories at once. The first is Turner’s reflections of Grahame’s debilitating battle with cancer and her desire to fight the disease in Liverpool with Turner’s family in his parents’ home. Turner and Grahame meet in 1978 when he is 26 and she is 54, so she is closer in numerical age to Turner’s parents, who are also her longtime fans. Grahame’s cancer spreads grief, compassion and heartache through her lover’s family, while her own biological family remains clueless about her medical condition. Grahame’s health decays as nursing scenes are interspersed with Turner’s adoring recollections of their love story.

Turner (Jamie Bell) and Grahame (Annette Bening) meet when Grahame moves into an apartment in the first floor of Turner’s group house to prepare for a local theater production. Turner is immediately smitten as they dance like teenagers and sip on festive drinks in the middle of the day, sparks flying. Their chemistry is believable and at times endearing. Aging is palpably difficult for Grahame, and Turner makes her feel young and beautiful. During several scenes, she reacts (and overreacts) to comments about her age while Turner repairs her emotional wounds and stitches her back together. They are blissfully connected, and clearly compatible.

The core of their bond, from a psychological perspective, is their shared level of emotional maturity. In one especially painful scene, Turner learns from Grahame’s mother and sister that Grahame was outcast from Hollywood society when she divorced her second husband (director Nicholas Ray) and eventually married and had children with Ray’s son. [According to Hollywood lore, their affair began while Ray and Grahame were married and Grahame’s stepson was only thirteen years old.] In the scene, Grahame is in the other room as her mother and sister beg Turner to resist marrying Grahame no matter how much she begs. They assure Turner that another marriage would embarrass her family beyond the permanent damage already inflicted by her raucous musings.

Grahame’s intriguing real life backstory enhances the film. Despite their passion, viewers may sense that Grahame and Turner’s love seems vulnerable and may not have endured had Grahame’s illness not cut their relationship short. Nevertheless, the love story is a worthwhile and moving essay demonstrating that numerical age is much less relevant than maturity when it comes to love.