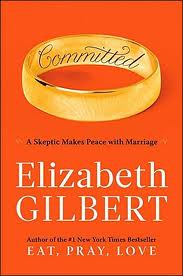 As a therapist practicing since 1995, one of the most common requests I receive is for a good book about marriage.  This request is especially common among newly engaged couples and people who are struggling to decide whether to marry their current partner.

There are some interesting self-help books about the psychological aspects of wedding preparation and how the planning process can reflect the individuals and their relationship  — Lies at the Altar and The Conscious Bride are two frequent suggestions.  There are also some useful books about strengthening or repairing a marriage.  Getting the Love You Want works well for those who want to explore how childhood experiences influence current intimate relationships.  All of  John Gottman’s books about marriage (Why Marriages Succeed or Fail, The 7 Principles for Making Marriage Work) offer practical information and strategies based on current research.  1001 Questions to Ask Before You Get Married — while at times superficial — is a comprehensive conversation guide for engaged couples or couples contemplating engagement.  1001 Questions is unusual in that it is a marriage preparation guidebook without a religious bent.

These materials have been wonderful resources for many of my clients (and friends) over the years.  Certain books make more sense for certain people.  However, for many people, self-help books simply do not resonate.  To this end, the book that I have found most useful to those who are newly engaged or contemplating marriage is Elizabeth Gilbert’s Committed: A Skeptic Makes Peace with Marriage.

As many know from her breakthrough bestseller, Eat, Pray, Love, Gilbert struggled with the heartbreak of her own divorce and grieved this loss in part by writing of her remarkable journey through Italy, India and Indonesia.  Indonesia represents the “Love” portion of her story where she meets and falls madly in love with Felipe, a Brazilian-born Australian citizen and gem dealer.  Since they both survived awful divorces, the book ends with them pledging their love through the shared commitment to NEVER, EVER marry.

Their steadfast commitment to not marry is where Eat, Pray, Love ends and Committed begins.  When the couple is pulled aside at a border crossing and told that Felipe has used too many temporary visas and may not enter the United States again unless they marry, Gilbert sets out on a quest to learn everything there is to know about marriage.  With a remarkable blend of self-depricating humor, wit and intelligence, Gilbert becomes marriage’s ultimate anthropologist.  She opens chapter one with Robert Louis Stevenson’s quotation: “marriage is a friendship recognized by the police.”  She writes beautifully of her research of the institution of marriage in a Hmong village:

“I was granted the clearest possible insight…when I asked the tiny old Hmong grandmother one final question, which again, she thought bizarre and foreign.  ‘Is your husband a good husband?’ I asked.  The old woman had to ask her granddaughter several times, just to make sure she’d heard it correctly: Is he a good husband?  Then she gave a bemused look, as though I’d asked, ‘These stones which composed the mountains in which you live – are they good stones?’ The best answer she could come up with was this: Her husband was neither a good husband nor a bad husband.  He was just a husband.  He was the way that husbands are…With rare exceptions, one man is pretty much the same as another…’Everybody knows that this is true.’ The other Hmong ladies all nodded in agreement.”

Gilbert uses extensive research on topics such as infidelity and infatuation to challenge common ideas and assumptions:

“…Infatuation is the most perilous aspect of human desire.  Infatuation leads to what psychologists call ‘intrusive thinking’ – that famously distracted state in which you cannot concentrate on anything other than the object of your obsessions.  Once infatuation strikes, all else – jobs, relationships, responsibilities, food, sleep, work – falls by the wayside as you nurse fantasies about your dearest one that quickly become repetitive, invasive, and all-consuming…The problem with infatuation, of course, is that it’s a mirage, a trick of the eye – indeed, a trick of the endocrine system.  Infatuation is not quite the same thing as love; it’s more like love’s shady second cousin who’s always borrowing money and can’t hold down a job.  When you become infatuated with somebody, you’re not really looking at that person; you’re just captivated by your own reflection, intoxicated by a dream of completion that you have projected on a virtual stranger.”

If anyone has created a more comprehensive yet accessible examination of marriage and the emotional, psychological and anthropological and elements that inform us to marry, I have not seen or heard of it.

In one of the most moving vignettes, Gilbert attempts to “at least try to minimize” the odds of divorce by listing her worst flaws to her beloved.  These faults include:

“1) I think very highly of my own opinion.  I generally believe that I know best how everyone in the world should be living their lives – and you, most of all, will be the victim of this…5) My most dishonorable fault of all: Though it takes me a long while to get to this point, the moment I have decided that somebody is unforgivable, that person will very likely remain unforgiven for life – all too often cut off forever without fair warning, explanation, or another chance.”

The wise Felipe assures her that he is aware of her laundry list of flaws and that he loves her still.  He then explains:

“When I used to go down to Brazil to buy gemstones, I would often buy something they call ‘a parcel.’  A parcel is this random collection of gems…Supposedly, you get a better deal that way – buying them all in a bunch – but you have to be careful, because of course the guy is trying to rip you off.  He’s trying to unload his bad gemstones on you by packaging them together with a few really good ones…After I got burned enough times, I finally got wise and learned this: You have to ignore the perfect gemstones.  Don’t even look at them twice because they’re blinding.  Just put them away and have a careful look at the really bad stones.  Look at them for a long time, and then ask yourself honestly, ‘Can I work with these?”  Gilbert continues:

“It’s the same with relationships…People always fall in love with the mot perfect aspects of each other’s personalities.  Who wouldn’t?  Anybody can love the most wonderful parts of another person.  But that’s not the clever trick.  The really clever trick is this: Can you accept the flaws?  Can you look at your partner’s faults honestly and say, ‘I can work around that.  I can make something out of that’?”

For those who are struggling with the question of whether to commit to your romantic partner, and for those who are engaged to marry and looking for informative reading as they plan their wedding, Committed  that is less of a “how-to” approach to marriage and more of a friend.