A Star is Born

A Star is Born 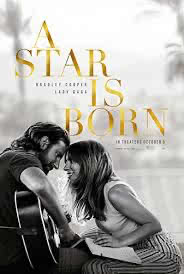 Can spouses gage one another’s mental health? Can therapists and metal health professionals rest assured that a client who appears to be functioning well is safe and stable? Can we take responsibility for the emotional well being of people we love and heal their psychological pain?

Gaga’s supernatural voice and Cooper’s impeccable acting play off of each other with circular harmony. The two are so improbably perfect together. It seems as if director, Cooper, knew that Gaga would teach him how to convincingly sing and that he would complement her musical magic through teaching her how to act at his level. These master lessons appear to happen more through osmosis or magic than through craft.

Ally is ultimately discovered in her own right and her star begins to shine. Jackson’s alcohol abuse is obvious from the film’s first moments. Tragically, he begins to drown in Ally’s stardom.

A Star is Born is an important mental health narrative. The plot honestly explores the relationship between alcohol, intimacy and creativity. Each tempts the other, and appears to assist the other. Jackson and Ally’s union begins with an alluring flow of liquor, physicality and song. But this seductive cycle is deceiving and masks the sobering reality that alcohol abuse ultimately destroys intimacy and stunts creativity. The film pushes further through unveiling the risks and vulnerability of sobriety and recovery.

This beautiful, unsettling, honest love story does not shy away from the difficult reality that we can never fully assume the mental wellbeing of another, and we can never know for sure who is and who is not safe from harm.