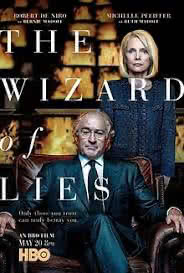 Family Systems theory is a school of psychology through which individual functioning is best understood in the context of their most intimate relationships. This “systemic” perspective emphasizes how each individual is shaped by the culture of their “family of origin”. (Family of Origin refers to the family in which we were raised.) The theory focuses on particular extremes related to family relationships. For example, a family might be “enmeshed” meaning that individuals do not have permission to make their own decisions or develop a sense of autonomy. In this mode, children are rarely allowed to pick their own fields of study or even close their own bedroom door. Members of an enmeshed family often describe a sense of suffocation accompanied by a feeling of guilt or rage associated with resistance to their attempts to develop an independent life. At the other extreme, a family might be “disengaged” and therefore so disconnected that doors are always closed, parents are emotionally absent and supervision is minimal. In the disengaged family, a sense of isolation is a hallmark emotion. Interestingly, the most dysfunctional families might be completely enmeshed on some levels, and yet simultaneously disengaged.

HBO’s riveting original movie, Wizard of Lies, explores Bernie Madoff’s historic ponzi scheme through the lens of his pathological personality and his dysfunctional family dynamics. The film is based on New York Times financial reporter Diana B. Henriques’ 2011 book by the same title. Henriques plays herself in the film, and her interview of Madoff punctuates the plot. Both Henriques’ book and the HBO film explore the curious question of whether Madoff’s two sons, Mark and Andrew, were aware of the massive crimes taking place amidst their supposedly thriving family investment firm. Barry Levinson directs Robert De Niro as Madoff and Michelle Pfeiffer as Madoff’s wife, Ruth. Both De Niro and Pfeiffer disappear into their characters and Madoff’s sons Mark (Alessandro Nivola) and Andrew (Nathan Darrow) are also convincing and complex.

The question of Mark and Andrew Madoff’s knowledge and accountability is a fascinating one from the perspective of systems theory. What the film does best is demonstrate the complex possibility that the family dynamic may have been structured so that the professionally disengaged, closed-door culture of their family business paralyzed the sons in their tracks. An entire floor of the company was off limits to the Madoff sons, which may seem bizarre to an outsider. Nevertheless, an office floor hidden in plain sight is a classic example of the disengaged dynamic in play. In an especially memorable scene, his son goes so far as to say he does not understand certain aspects of the business and his father yells “You don’t have to understand!!!!” At the same time, the internal structure of the Madoff family system may have felt so enmeshed that there was no permission to step back emotionally and assert enough emotional independence to determine the obvious and disturbing realities churning under their watch.

Individuals who grow up in families that are intensely enmeshed or dramatically disengaged often feel exceptionally isolated as they imagine such extremes are not relatable to others. They presume that no-one outside their actual family could possibly understand the dynamics of their familial relationships. Of course, this view only perpetuates their isolation. And Wizard of Lies depicts this brutal truth following the disturbing trajectory of each son. Viewing this memorable film may feel therapeutic and relatable to individuals with such families through its ability to throw open a window illuminating the behind-closed-doors of relatable family dysfunction.