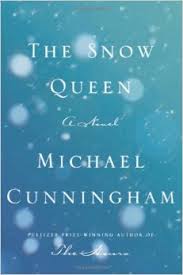 Intimate relationships are a primary focus in psychotherapy.  Through therapy, people examine their closest relationships in order to determine what aspects of their approach to others work well for them, and what aspects of their approach they might want to change in order to form healthier attachments.  In order to figure this out, it helps to look at current family dynamics.  When doing so, many clients utter some version of the following sentence:

“My family is so bizarre (or complicated or intense or unusual or INSANE) that you have to see it to believe it.”

It is surprisingly common to feel like your family exists as a complex culture that is difficult to describe or for others to understand.  The best novelists understand this sensation and convey such dynamics in their writing.  Michael Cunningham’s The Snow Queen is such a novel.

Barrett and Tyler are brothers, living together in New York City, along with Tyler’s wife, Beth, who has stage four cancer.  The novel begins with Barrett facing yet another breakup.  Barrett’s internal experience of his break-up resonates, as do the complex dynamics that unfold between the cast of characters in this gritty, dark, deliberate tale of love, loss and the attempt to navigate adult relationships.

“In his twenties, love had usually ended in fits of weeping, in shouts loud enough to set off the neighbors’ dogs…As Barrett moved into his mid-, and then late, thirties, though, the partings increasingly tended to resemble business negotiations.  They were not devoid of sorrow and accusation, but they had without question become less hysterical.  They’d come to resemble deals and investments that had, unfortunately gone wrong…

But Barrett had assumed that the two of them were merely entering the next phase; that their disagreements (Do you think you could try not to be late some of the time?  Why would you put me down like that in front of my friends?) were signposts of their growing intimacy.  He hadn’t remotely imagined that one morning he’d check his text messages and find love to have been lost, with approximately the degree of remorse one would feel over the loss of a pair of sunglasses.”

Cunnigham traces Barrett and Tyler’s adult conflicts to their long-standing sibling roles cast in stone by “the apparition that clamed to be [their] mother”. Barrett and Tyler’s family history strengthens their sibling bond but also holds them back from emotional maturity.  Cunningham captures the inner-emotional world of a colorful array of characters in a style that is both believable and compelling.  While he seems somewhat at a loss for how to conclude this engaging tale, The Snow Queen is worthwhile reading for those interested in the interplay between sibling dynamics and emotional maturity.  While the book does not necessarily reveal relationships that appeal, it reveals relationships that feel believable.  At the same time, it conveys honest relationship shortcomings that can inspire readers to try to grow and evolve in their own intimate experiences.