The One I Love

The One I Love 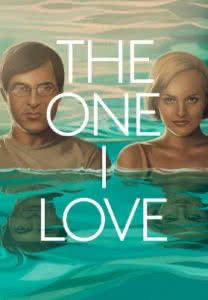 Infidelity is a common topic of conversation in couples therapy.  While discovering that one’s partner was unfaithful is a devastating and often traumatic experience, many couples can and do work through this discovery and come out stronger on the other side.

One of the toughest parts of navigating and coming to terms with a partner’s infidelity is attempting to answer the question of WHY:

The One I Love, an quirky, well-acted, film about marriage, intimacy and fidelity examines one couples’ attempt to reconnect and improve their estranged marriage.  Sophie (Elisabeth Moss) and Ethan (Mark Duplass) see a therapist (Ted Danson) who convinces them to go on a weekend retreat to a specific lodge with the purpose of rebuilding and rejuvenating their relationship.  The therapist assures the couple:

“I’ve sent a lot of couples there and they’ve all come back renewed.”

A mysterious twist awaits the unsuspecting duo, and what unfolds from there is a marital adventure with an uncanny portrait of the contrast between one’s married self and one’s best self.

The most interesting scene in the film takes place when Sophie asks Ethan the very same hesitant, longing questions that I hear so often in my therapy office:

“I have been thinking about that a bit this weekend and I have no excuse.  Of course I was insecure and of course we were drifting apart at the time.  And instead of trying to communicate I lashed out and made a terrible decision…That’s no excuse.  You had every right to abandon me but you didn’t.  And you stuck in there with me and you went to see that stupid therapist that we see even though you didn’t want to.  And you kept going and you kept trying and you met me halfway.  And I was defensive and I’m sorry about that and I want to say thank you for making these efforts for us, and I promise you I’m gonna do my best to meet you halfway…I promise.”

Sophie then embraces Ethan in a state of relief and appreciation for such a thoughtful, present, loving but honest answer.  If I could write a script for spouses who have been unfaithful, I think that’s pretty much what I would hope they could truthfully say (minus the “stupid” therapist part!)

As the film unfolds and the plot twist is revealed, the takeaway from the film may be that it is hardest to be one’s best self with one’s spouse.   Herein lies the paradox of marriage: the intimacy of commitment allows us to let our hair down and be our worst self, when what is necessary for a marriage to thrive is that both halves of the couple remain willing to go the extra mile to be their best self with one another.

While The One I Love is far from a cinematic masterpiece, if you and your partner are in the throws of rebuilding your relationship in the aftermath of infidelity, this film is well worth your time and attention.