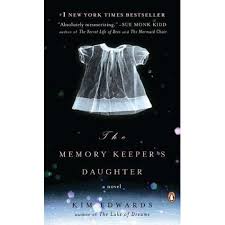 Relationships and intimacy are an expected focus in psychotherapy.  Most clients reach out to our practice because something is happening — or is not happening — in an important relationship or in several relationships. Some action-forcing event often makes it clear that something has to change in order to feel more satisfied, fulfilled, and connected.  Frequently, the action-forcing event that precipitates therapy relates to a difficult discovery of a secret.  Sometimes the secret is a relationship, or a financial secret, or a secretive experience playing out online.  Whether I am working with the secret keeper, the person who discovered the secret, or both together as a couple, I often ask the client or the couple to think about and discuss whether there might be a long-standing pattern of family secrets.  Family secrets rarely happen in a vacuum; where we find one, we often learn of others.  Underlying a tendency to keep secrets is usually some form of denial, and it can help to explore where patterns of secretive behavior first took hold, and what might be at the root of possible denial.

The Memory Keeper’s Daughter is a best-selling novel and a thoughtful study in the legacy of family secrets.  Early in the book, a 1964 blizzard in suburban Kentucky forces the unlikely circumstances through which Dr. David Henry must deliver his own twins in an isolated facility with no assistant other than a nurse with whom he is well acquainted through his medical practice.  Dr. Henry’s newborn son is healthy and strong but he is devastated to discover that his newborn daughter has Down syndrome.  Dr. Henry’s upbringing in a family with a tendency to withhold critical information informs an impulsive and secretive decision that subsequently alters and invades the rest of what might otherwise have been a beautiful life.

Kim Edwards’ novel was published in 2006, and perfectly illuminates the paradoxical challenge of secret keeping: the secret is often kept in order to shield a loved one and protect a relationship.  Of course, the act of secrecy typically weighs heavily on the secret keeper, thus isolating them further.  And those who are kept in the dark often develop a conscious or unconscious impression that something is amiss:

This secret stood in the middle of their family; it shaped their lives together.  He knew it, he saw it, visible to him as a rock wall grown up between them.  And he saw Norah and Paul reaching out and striking rock and not understanding what was happening, only that something stood between them that could not be seen or broken.

Family secrets typically weigh on the secret keeper as heavily as they weigh on those in the dark:

The secret had taken root: it had grown and blossomed in the center of his family.  For years he’d come home to watch Norah, mixing drinks or tying on an apron, and he’d think how lovely she was and how he hardly knew her.  He had never been able to tell her the truth, knowing he would lose her entirely – and perhaps Paul too… So he had devoted himself to his work and, in those areas of his life he could control, had been very successful.  But, sadly, from those years of Paul’s childhood he remembered only a few moments in brief isolation, with the clarity of photos.

Photographs and the contrast between darkness and light function as metaphor to emphasize the metastatic power of secrets, while Dr. Henry becomes an avid and even obsessed photographer:

David sent concentrated light thorough the enlarger, then slid the paper into the developer.  He was deeply aware of [his son] Paul standing next to him in the darkness and the silence.  “Photography is about secrets,” David said, after a few minutes, lifting the photo with a pair of tongs and slipping it into the fixer.  “The secrets we all have and will never tell.”

The longer a secret remains hidden, the harder it is to unearth and the more painful the reveal is likely to be:

He could hardly imagine anymore what his life would be without the weight of his hidden knowledge.  He’d come to think of it as a kind of penance.  It was self-destructive, he could see that, but that was the way things were.  People smoked, they jumped out of airplanes, they drank too much and got into their cars and drove without seat belts.  For him, there was this secret.

Edwards’ page-turner can work as a compassionate companion for those who are working through the difficult discovery of a family secret.  While this review may read like a spoiler, the details and description of the secret’s legacy are more meaningful than the reveal of the secret itself.

Share on FacebookShare on TwitterShare on Linkedin
Posted in Books, Family Secrets, Marriage