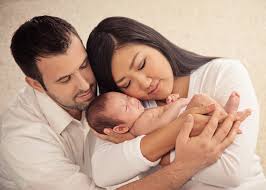 My heart and “Huzzah!” always goes out to new parents. But it goes out super-charged to the folx becoming new parents during this pandemic. I can only imagine the mental and physical fortitude it’s taking. There are no words. Only music.

I am not the first to create a parent playlist, or “parenthood” playlist. I took some inspiration from the many playlists you can find from various Google searches online.

Here are my favorites:

Includes: “Isn’t she Lovely,”by Stevie Wonder, “To Zion,” by Lauryn Hill, “Sweetest Devotion,” by Adele, “Gracie,” by Ben Folds, and “Song for the Baby” by Kelis, to give you an idea.

43 Songs About Having a Baby
Includes: “With Arms Wide Open,” by Creed, “A Mother’s Prayer,” by Celine Dion, “It Won’t Be like this For Long,” by Darius Rucker

Also, I thought the Park Slope parent community made a good list.

In addition to these great lists, I realize I can make a contribution just adding my own additions, no repeats. Not to say that some already listed aren’t perfect. New parenting is relentless so you’re not going to run out of time to listen to songs about it. Listen to theirs, listen to mine. Add your own, and tell me about them!

The existential revelation/crisis that your world will never be the same.
The fierce determination to put up with insanity.
…and Gratitude.

So here it is: My list of 13 songs for each of these emotions.
Chosen by the top songs in my heart and consciousness at this time.
Note that, for some of these songs, I am drastically reinterpreting the original literal meanings. But I think the emotions in them stay connected.

Heart-Grabbing Lyrics:
“God it hurts to be human”
Reflection: Being confronted up close with how life comes into the world is deeply heartbreaking and humbling. You see on another level how complex, painful, dangerous, and vulnerable it is to be human and to be a baby and a child. You may think more than you ever did about what it’s like for children and adults who don’t have what they need. The urgency and fragility of life is so in your face.

(note that only part 1 is posted. You can watch the next parts on youtube as well. Or better yet, just watch all of Black is King)
Heart-Grabbing Lyrics:
“you’re my reason to believe in another life”
Reflection: In this song I hear a loving desperation that often necessitates and births faith in something bigger than you. In this song faith seems as necessary as food and water. The belief that though there are crazy things you can’t control you will stay connected no matter what.

Heart-Grabbing Lyrics:
“the one thing that I tried to hold on to…Goodbye to you”
Reflection: You may need to say your goodbyes to life as you knew it, and values and expectations as you knew them. As I re-watched this video, I was reminded of younger times. No matter how old you are when you have your first child, you are saying goodbye to those young times when you could just run off with only your guitar, at least for 18 years…

Heart-Grabbing Lyrics: “Follow your arrow wherever it points”
Ever since I read the poem, “On children,” by Kahil Gibran I have connected parenting with following an arrow. This poem refers to children as “living arrows” that “come through you but not from you.” It emphasized how you cannot control them, you just have to support and follow them. Through following them, you are likely to find yourself as well. You can differentiate yourself as a parent and a family and forge your own path connected to following your arrow. I think this song captures a similar spirit of following your children, your arrow, your heart. Also, link here for the poem.

Heart-Grabbing Lyrics: “Everything Changes/My heart’s at the wheel now/And all my mistakes they make sense when I turn around”
Reflection: In the musical Waitress this is sung by a brand new mom who finds a new voice and power through her newborn. This outpouring happens instantly in the play, for dramatic affect. It could happen this way in real life too, but it is also very normal for it to take some time. In my experience and practice, however, I have found that this power is discovered eventually. I can’t think of a parent I know personally or professionally that has not said some version of this relating to their children. Eventually.

Too-Real Lyrics: “I am titanium!!!”
Reflection: If you belt this loud enough you may be able to drown out some of the crying. Even the best babies are monsters sometimes (see next song, as well). It’s their job to test you and let the world know their presence by acting like shrieking menaces. It’s literally an abusive relationship cycle: they yell at you like you can’t do anything right, and then a sense of duty or one cute moment ropes you back in. Remember, a healthy relationship has a ratio of at least 5/1 positive/negative. Your newborn says “fuck that.” For the first month they will do nothing but criticize you. They won’t even smile.

You may relate with the official music video imagery of a boy blowing stuff up because he can’t control his powers but I thought kids blowing things up might be a little triggering for a new parent right now so I linked this amazing live version of her.

Too-Real Lyrics: “There’s a thief in the night to come and grab you”
Reflection: I wanted a song and video that was scary and insane to capture the emotion of those 3am feedings. Oh, and baby’s first illness, which is always harrowing no matter how minor. It’s dark, it’s scary, it’s exciting. Also, enjoy these images in the video now while they cannot see well. In less than a year, you will have to watch them in private while your screens are taken over by children’s learning songs.

Too-Real Lyrics: “aint got no tears left to cry”
Reflection: I’m not sure if this is talking about you or the baby, but I picture this song as a bittersweet victory dance when they are finally down. You deliriously make your way throughout your new upside down world.

Too-Real Lyrics: “I’m broken and it’s beautiful” also “I’m tired, can I just be tired?” and pretty much all of the lyrics
Reflection: There were several songs I considered for this it’s “OK not to be OK” message, including the song with that actual title. But ultimately, I kept coming back to Kelly Clarkson singing in that majestic dress. In this song, I sense that she is the one defining what is beautiful. Not The Bump, not Pampers, not the capitalistic vultures on your feed advertising their vision of new parenthood. Did that last phrasing sound a little reactive? It’s fine, everyone is a little reactive right now.

Too-Real Lyrics: “There is a love in me raging”
Reflection: Parenthood is a magical chaotic experience that can feel like a circus. I you enjoy the drama, the passion, and the discovery.

Too-Real Lyrics: “feels like the world’s at stake, I have been waiting for you”
Reflection: The mounting joy of this song feels like a heart bursting with love that never stops growing. Whether you got surprised or waited years to meet your baby, there is always some waiting the comes along with these moments you are finally experiencing.

Too-Real Lyrics: “and you’ll be left in the dust unless I stuck by ya, you’re my sunflower”
Reflection: First of all, babies seem to love the beat and flow of this song, so there is that. The lyrics were likely NOT written about new parenthood. But they ARE about building a new relationship, and the determination to push through the insecurities on both sides. I think that’s why this song stays in my heart as one connected to the discovery of your parental superpowers.

Reflection: It was between this song and “Girls like You,” which also includes a rap from Cardi B who was pregnant at the time. Both songs have that same vibe of an over-the-moon young dad celebrating women and children such a heart-melting way. In any other year, “Girls like You” would have been the better choice between the two. BUT, it’s 2020 and when Rhett sings the lyrics “drunk with Corona,” it sounds like “done with the ‘Rona.” So that song wins for this year.

In fact, there were tons of songs that I was torn between so am not done listing songs if you’re not done being interested. If you are still feeling this playlist and topic here are some more songs that come to mind for both random, hilarious, and poignant reasons: