Me and Earl and the Dying Girl

Me and Earl and the Dying Girl 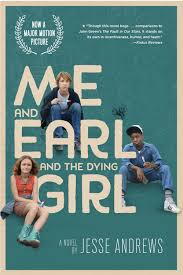 Teenage romantic relationships are formative experiences that can be especially difficult to capture on film.  Alfonso Gomez-Rejon’s adaptation of Jesse Andrews’ novel, Me, Earl and the Dying Girl captures the gritty and evasive sphere inhabited by teenagers and draws convincing, memorable performances.  Thomas Mann plays Greg (“me”), a moody, self-deprecating teen who spends his spare time hanging out with his best friend, Earl, making satirical amateur short films.  Earl and Greg don’t show anyone their films; instead, these quirky shorts function as the glue bonding their unexpected friendship.  Earl and Greg don’t belong to a particular crowd; instead, they are reasonably liked misfits navigating a broad cast of characters at their Pittsburgh high school.

Greg’s mother (Connie Britton) learns from her friend Denise (Molly Shannon) that her daughter, Rachel, has leukemia.  Greg’s mother then pushes Greg to start spending some time with Rachel to try to help her come to terms with her diagnosis.  Greg is less than enthusiastic about the plan, as is Rachel.  But when Greg stops by for a visit, their mutual indifference grows into mutual tolerance and amusement, and a provocative chemistry develops.  The understated nature of this quiet love story contributes to the film’s appeal.  The believable dynamics between Greg, Earl and Rachel demonstrate that life’s most intimate experiences often happen during smaller moments and unscripted plans.

Most relationships end with a breakup; but this film is about mortality and comparisons to the blockbuster book and subsequent film The Fault in our Stars are inevitable.  Me, Earl and the Dying Girl feels much less gratuitous and tells a smaller, less ambitious but more believable story.  Early intimate relationships are often more sensual than sexual which further’s the film’s appeal.  Many therapy clients describe an expectation that sex happen on the third date.  Some insist that without sealing the deal through sex, the relationship can never progress.  As a therapist who uses prescriptive film viewing to accelerate therapy process, I will surely recommend this moving story to any client who insists on this perspective.

If you happen to live in DC, try to see the film while it is still playing at the Angelika Pop-Up at Union Market!

Share on FacebookShare on TwitterShare on Linkedin
Posted in Coming of Age, Films, Grief