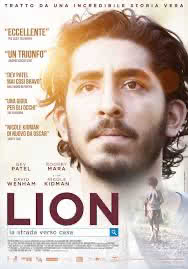 As a therapist in Washington, DC, I work with many career focused individuals and couples. DC dwellers tend to marry later and so they often decide to start families will into their late thirties and early forties. It is, therefore, not surprising that infertility and adoption are common therapy themes in our practice.

The process of pregnancy and becoming parents feels immensely private for most couples who struggle with fertility. And the decision to adopt is a meaningful and important option that is often discussed in therapy. Even for some who do not struggle with fertility, adoption is sometimes a preferred pathway to parenthood. When parents are deciding or preparing to adopt, questions about bonding, heredity, and early childhood trauma are often a part of the conversation.

Garth Davis’ award winning 2016 film Lion, adapted from Saroo Brierley’s autobiography “A Long Way Home”, tells a remarkable and epic true story of international adoption that frames compelling messages about what it means to adopt, raise and love a child.

This haunting and visually stunning tale begins in a remote Indian village in 1986. Saroo is five years old and living happily in an Indian village with his older brother, younger sister and mother. To make some extra money, Saroo and his brother head off toward an unsupervised evening adventure that unfolds tragically when Saroo gets stuck on an abandoned train headed to Calcutta. Saroo endures a harrowing journey among Calcutta’s many homeless and exploited orphans before landing in an orphanage, unable to remember proper the name of his hometown. He is then adopted by a loving Australian couple who raise him with tenderness, compassion and joy.

A key psychological message of Saroo’s stunning trajectory is that adoption can and does work, even when a child is no longer an infant at the age of adoption, and even when there has been significant trauma. Raising an adopted child is not always easy. It is not always as organic as other forms of parenting. But it is a deliberate and arguably elevated form of parental devotion and family love.

In early adulthood Saroo (Dev Patel) is understandably haunted by memories of his early childhood trauma lost in India and separated from his family-of-origin. In a miraculous testament to current technology, Saroo uses Google Earth to trace his long vanished steps from his village to Calcutta, in a quest to find his way back to his childhood home.

Early childhood experiences are formative and essential to development, and Saroo’s Australian parents understand and support his bittersweet quest for answers and closure. His is a hopeful true tale of international adoption. Yes, Saroo’s early years shaped and formed who he is. No, they did not diminish his love nor his bond with his Australian parents.

Lion breathes vitality into questions about adoption by showing that early childhood memories are formative and necessary parts of the adult self. The story is not sugar-coated and is honest about Saroo’s family’s challenging experience adopting and raising Saroo’s brother from the same Calcutta orphanage. Not all international adoptions are the same. However, not all experiences of parenting biological children are the same either. Saroo’s journey and the true story of his family bonds demonstrate that love is not limited and authentic bonding is possible, even in dramatic circumstances.

If you are considering adoption, Lion is a worthwhile and authentic tale of love and the power of the human connection.

Share on FacebookShare on TwitterShare on Linkedin
Posted in Cinema Blog, Coming of Age, Family, Mothers