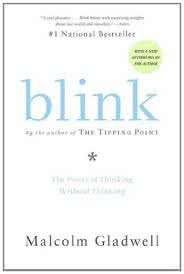 Instincts are important. Instincts guide our decisions, thoughts, feelings and behaviors. Practicing as a therapist, I would be lost without my instincts. Solid psychotherapy must be grounded in theory, but without a willingness to also use instincts, the theory can fall flat. I use my instincts working with therapy clients. And the clinical work often involves helping therapy clients rework their instincts to begin making choices that are conducive to a satisfying life.

For example, a client may have a pattern of choosing unsuitable romantic partners. Their instincts may draw them to people who are married to someone else or otherwise unavailable. Or their instincts compel them to date partners who end up cheating on them. Someone with a destructive relationship pattern might claim they cannot help making such choices. As Emily Dickinson writes (and Selena Gomez sings) “The Heart Wants What it Wants.”

But instincts are more complicated than the heart simply wanting what it wants. Freudian theory supposes that instincts are often guided by a “repetition compulsion” that drives an unconscious desire to repeat painful dynamics from the past with a fantasy attached to this impulse that we will somehow master the damaging situation and simultaneously heal an old wound. The more modern school of cognitive theory speaks more directly of how learned thought patterns influence instincts. The lesser known psychological school of systems theory simply states that if something is familiar, it is instinctually comfortable even if it is not optimal.

Malcolm Gladwell’s 2005 bestselling book Blink: The Power of Thinking Without Thinking explores the construction and cultivation of individual instincts over time. It’s a gripping read packed with memorable vignettes about individuals who possess remarkable, unfathomable instincts. There’s the story of a marble statue that a team of expert scientists determined dated back to the sixth century B.C. acquired by the J. Paul Getty Museum for millions of dollars. Upon a brief first glance of the statue, Federica Zeri, an Italian art historian and Getty board member, intuitively knew that the statue was a fake. Blink also details equally stunning tales of damage caused flawed predispositions.

From a psychological perspective, the most interesting dimension of Blink is Gladwell’s discussion of the concept of priming. Gladwell examines multiple studies demonstrating that individuals can be influenced by subtle cues in order to unlock unconscious material and therefore influence their instincts and behavior. One way to understand priming is as indirect motivational storytelling:

“Priming is not, it should be said, like brainwashing. I can’t make you reveal deeply personal details about your childhood by priming you with words like “nap” and “bottle” and “teddy bear.” Nor can I program you to rob a bank for me. On the other hand, the effects of priming aren’t trivial…[When a researcher] primed the players with thoughts of cooperativeness…sure enough, they were far more cooperative, and the game when far more smoothly.”

The priming research in Blink backs up a growing body of research that prescriptive film viewing can function as a productive change catalyst enhancing the benefits of therapy. Films are ideal priming tools. Movies have a known history of being criticized for their potential to ignite violent or maladaptive behaviors, so it logically follows that films would also carry the potential to also inspire healthier instincts and more positive behaviors. I have been suggesting films to my therapy clients for several years, and Gladwell’s riveting read is a complementary companion demonstrating the effectiveness of cinema-therapy.