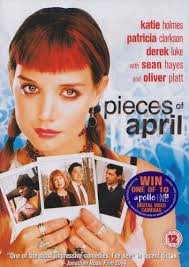 Thanksgiving is a holiday filled with many traditions — Grandma’s cranberry sauce, mom’s holiday decor and marathon football viewing fall into the category of expected traditions celebrated by the media and popular culture.  A lesser publicized truth is that, for many families, there is an unspoken tradition of drama or dysfunction that family members come to dread and expect.

Thanksgiving week may be the most psychologically intense time of the year, especially for those who are in therapy or are actively seeking to improve their family relationships.  As a therapist, this is a week full of discussions about anxiety, anticipation and longing.   As a client recently explained:  “I’ve grown up and made an independent responsible life, but I walk through the Thanksgiving door and it’s as if I become a miserable teenager all over again!”  This is a week where I work with many clients preparing for their attempts to navigate holiday dynamics differently.  This is a week where many are hopeful that they can change themselves for the better and, in turn, change the family dynamic.

It is no surprise that families tend to resist even the most positive changes.  If a family is used to a parent drinking his or herself under the table each Thanksgiving, and this parent is finally in recovery, this important change for the better may be uncomfortable for everyone else at the holiday table.  Without the annual drunken stupor, what will everyone talk about?  Likewise, if one family member takes the simple step of approaching Thanksgiving as an opportunity to communicate in a more positive, less critical way than in years past, this, too, may be met with resistance from those who are simply used to and therefore expecting to engage in the annual drama.

Pieces of April, a 2003 drama written and directed by Peter Hedges and starring Katie Holmes and Patricia Clarkson, highlights how genuinely difficult it is to break out of old patterns and improve family relationships.  Taking place on Thanksgiving day, the film follows the dual story lines of April (Holmes) who is preparing a Thanksgiving meal for her family from which she is estranged, and her family’s reluctant road trip towards April’s gritty New York City apartment.  April’s Thanksgiving is particularly charged by the fact that April’s mother, Joy (Clarkson), is battling breast cancer.

The frequent use of pay phones and traditional paper road maps date this decade-old film, and yet on a psychological level it is timeless.  Intense sibling rivalry, the use of humor to avoid and inflict pain, turkey trauma, overeating and denial are among the classic family dynamics that make this a perfect Thanksgiving film.  In anxious anticipation of the holiday meal, Joy jumps out of the car and tries to hitchhike home.  As her husband chases her, Joy yells:

“All I can remember was the PETULANCE, the SHOPLIFTING, the fire in the kitchen…the time she used a lighter to cut Jimmy’s bangs, the DRUGS, the INGRATITUDE…No wonder there’s cancer, she’s the cancer!”

April’s father assures Joy that this Thanksgiving will be different:

“We’re making a memory.  I promise it will be beautiful…I told her it had to be.”

Her status as the family outcast is quite clear to April as she cooks Thanksgiving dinner and responds to her neighbors’ shock when they learn of  April’s failure to visit her mother since the cancer diagnosis:

“She likes it better that way.  I’m the first pancake.”  When one neighbor looks confused by April’s pancake comment, the other neighbor explains:

“She’s the one you’re supposed to throw out.”

One of the most brutal and realistic details of the film is its message that, even when everyone is trying their best, change can be incredibly difficult.  Another important truth that Holmes and Clarkson portray beautifully is that, in spite of how hard it is to truly change a family relationship for the better, change is almost always possible.

If you are stressing about your upcoming Thanksgiving plans, and you want to do things differently this holiday, viewing Pieces of April will bring intense but realistic inspiration.

Share on FacebookShare on TwitterShare on Linkedin
Posted in Family, Films, Grief, Mothers