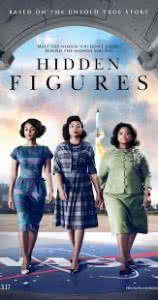 Romance novels, films, television and advertising socalize women to prioritize becoming part of a romantic union. Breakups, new romances, engagements and divorce are among the relationship developments that might inspire the urge to reach out to a therapist. Any dramatic shift in romantic relationship status can spark the onset of sudden symptoms, most notably anxiety or a depressed mood. Even a thrilling, socially sanctioned, romantic development like engagement to be married inspires a significant psychological adjustment and often generates plenty of anxiety.

But once the therapy gains momentum, the clinical process often shifts away from the romantic life and toward the individual self. Since my approach as a clinician is grounded in Systems Theory, the interplay between a person’s individual self and a person’s intimate relationships is a focus point of exploration. A central idea in Systems Theory is that, in order to have healthy romantic relationships, one must be able to exist as a healthy, grounded individual self. Meaningful work and satisfying, enjoyable female friendships are often important components of developing and sustaining a solid self-identity and self esteem.

The blockbuster Hidden Figures is receiving deserving acclaim as a vehicle to tell the untold story of the gifted African American women who worked tirelessly behind the scenes to help launch John Glenn into outer space. This inspiring true story celebrates its three heroines — Katherine G. Johnson (Taraji Henson), Dorothy Vaughan (Octavia Spencer) and Mary Jackson (Janelle Monae) and accounts their respective roles at NASA during the intense period of preparation for Glenn’s historic launch.

Romance is a lovely but barely visible component of Theodore Melfi and Allison Schroeder’s clever revelation of this valuable story.   Their seamless script emphasizes quick-witted dialogue exploring the dynamics of civil rights and women’s rights.

The first scene of Hidden Figures features Katherine, Dorothy and Mary bantering on the highway beside their broken down vehicle while Dorothy aptly fixes the engine. A mildly intimidating patrol officer approaches with a heavy southern drawl, questions them and requests identification. Catherine promptly presents her NASA badge, and the officer visually examines the professionally dressed trio and responds:

A bold Dorothy smoothly interrupts the officer before he can utter a racially derogatory term and injects:

“There are quite a few WOMEN working in the space program.”

The patrol officer then offers the ladies a police led vehicle escort to the office.  (perhaps he does not believe their badges are real? or maybe he just wants an excuse to drive to NASA?)  The camera then cuts to a sparkly Mary who jokes from behind the steering wheel:

“Three negro women are chasing a white police officer down the highway in 1961. That is a god ordained miracle!!!!”

In another memorable scene, Mary is called in to consult on some equipment development, and a confident, middle aged, white engineer turns to her as asks:

“If you were a white male, would you want to be an engineer?”

Without hesitation Mary replies, “I wouldn’t have to; I’d already be one.”

When John Glenn breaks protocol to introduce himself to the group of segregated African American women staged to greet Glenn’s NASA arrival, he shakes hands with Catherine and asks what she does for NASA. With her chin up and shoulders proudly planted, Catherine replies:

“Calculate your launch and landing Sir.” Catherine’s response, while somewhat of an understatement, smartly summarizes her historic contribution to our nation’s space program.

One of the many qualities that differentiates Hidden Figures as a film is that the dynamics between the ladies represent the most intimate moments in the story. The scenes of the trio spending time together seem so natural and depict real and unpretentious bonds of friendship. When together, these ladies have their kimonos wide open.  The viewer might easily make the early assumption that this is a tale of three remarkable, single women. But as the plot unfolds, it turns out that love is in the life of each of the three heroines. In a move that breaks blockbuster protocol, romance plays only small, albeit lovely, supporting roles. The starring relationships of this splendid story are the women’s friendships with one another, and their relationships with their respective careers. Mix in Pharrell William’s uplifting soundtrack and the plot’s historic value and Hidden Figures is in a class all its own. Especially for women looking for a few hours of celebration of the importance of satisfying careers and fulfilling friendships. And for parents who want to genuinely inspire their tween and teenage daughters.