Eternal Sunshine of the Spotless Mind

Eternal Sunshine of the Spotless Mind 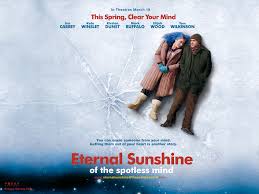 When I think about my favorite romantic movies, the first one I think of is one that usually catches people by surprise.
Many women I help with my relationship and dating advice name movies like Love Actually or Pretty Woman when they talk about their favorite romantic movies. Obviously, everyone has their own preferences… and for me, it’s the work of Charlie Kauffman and Eternal Sunshine Of The Spotless Mind.  A non-traditional choice, to be sure. But it’s a movie that is richly layered with lessons about life, love, and romance that you can’t get from a movie that’s not this… well… “off-beat”.

(Note: If you don’t want spoilers, you should probably stop reading here.)

Eternal Sunshine tells the story of Joel (Jim Carrey), who goes to a doctor named Dr. Mierzwiak to have a very unique procedure done – he has the doctor erase from his mind all knowledge and memory of his ex girlfriend, Clementine (Kate Winslet). Quite a way to deal with a breakup!

The story of their relationship and their romance is then played out in reverse – as his most recent memories of her are erased first, followed by the ones from further in the past.

We experience the procedure through Joel’s eyes. We follow him through his memories of his relationship as they’re being erased, and experience the breakup first, followed by the better days.

Unsurprisingly, while he’s reliving the beginning of the relationship, Joel has serious doubts about whether he wants to go through with the procedure and actively tries to thwart Dr. Mierzwiak’s efforts – although at this point it’s far too late.
In the end, Joel realizes that he did still love Clementine, that he didn’t want to forget her, even after the pain and trauma of their breakup.

And in the end, Joel and Clementine find their way to each other again, and discover that both have had the procedure done to forget each other. Even though they know they’ve dated before, and that their earlier relationship was doomed to failure – they still decide to try again. They can’t overcome their initial attraction to each other.  Interspersed in all of this is another love story. Dr. Mierzwiak – who is married – has an assistant named Mary who has fallen in love with him. And while the two stories are very different in tone, they wind up dancing to the same theme.  Mary fell in love with Dr. Mierzwiak before – and had an affair with him. She then had him perform the procedure on her so that she could forget about their affair, forget about her love, and continue to work for him.  This winds up backfiring, as Mary falls in love with the doctor again, and winds up seducing him again (which he doesn’t try very hard to stop) – the same disaster playing out over and over.  And it’s here that the stories and themes intersect. Both Joel and Mary sought to avoid the pain of their failed relationships by forgetting them… only to wind up right back where they started.

Eternal Sunshine is a movie about the power of memory – for better and for worse. Memory is experience, memory is wisdom, and memory is knowledge. Without memory, we’re doomed to repeat our mistakes over and over again.
After all, Joel is still attracted to the same things about Clementine that made him fall in love with her in the first place, just as Mary is still attracted to the same things about Dr. Mierzwiak. Without their knowledge and memories, of course they’re going to do the same thing.

We can’t change the things we’re attracted to. If you’re attracted to someone, you’re attracted to them – denying that attraction usually only makes it stronger.  The only way to take control in your love life and avoid the mistakes of the past is to use the power of memory. To remember that if the person you’re usually attracted to is someone who winds up mistreating you – that you should try to avoid that person (and definitely not try to build a relationship with them).
Even though memories can be so painful – it’s better to have them and live with the pain than to lose them and be doomed to repeat that same pain over and over again.

So the next time you find yourself chasing after someone that you’re strongly attracted to, take a moment to consider whether you’ve lived that experience before, and whether you’ve dated someone like that before. Take a moment to remember how it ended.  Your memory and your experience can be a blessing, not a curse. Painful memories are your guide away from the same mistakes – remember to use them.

Vixendaily.com is the only site out there that specializes in mind-reading quizzes, content and advice tailored to your particular needs.  It’s like having your own personal mentor guiding you through life’s challenges every step of the way!
It was founded by dating and relationship expert, Nick Bastion, who is the main contributor to the Love & Relationship Advice section of the site. 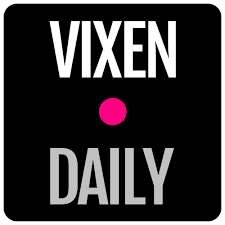 Share on FacebookShare on TwitterShare on Linkedin
Posted in Breakup, Films, Love